In 2015-2019, 48% of  Rochester youth under age 18 lived in poverty. Rochester ranks third in overall poverty among the nation’s largest 75 metropolitan areas.  (US Census, American Community Survey data and ACT Rochester.)

According to the 2019 Youth Risk Behavior Survey administered to RCSD high school students:

Student characteristics: In the Rochester City School District, 89% of students are classified as economically disadvantaged. 22% of students have disabilities, and 16% are English learners. 53% of students are African American, 33% are Latino; 19% are White, 3% are Asian, and 1% are multi-racial.

Economic segregation: A report entitled Fault lines: America’s Most Segregating School District Borders (edbuild.org, updated 2020) notes that the single most segregating school district border in the country divides Rochester City School District, which has a poverty rate of 47%, from Penfield, whose poverty rate is just 5%.  Five other suburbs around Rochester are also numbered among the most economically segregated in the nation.  “While it is no small thing for Rochester to serve so many children in poverty, it is something else entirely to do it surrounded by so many more well-off communities.”

In 2021, 60 young people (age 18 and younger) were shot in Rochester. This is the highest number in the last ten years (Rochester Police Department).

According to the 2019 Youth Risk Behavior Survey administered in RCSD high schools:

(Centers for Disease Control and Prevention and Monroe County Dept. of Public Health)

Drug, Alcohol and Tobacco Use 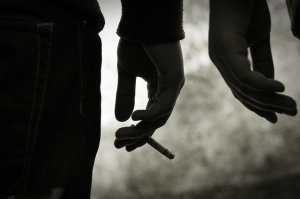 Between 2008 and 2019, teen birth rates in Rochester declined by 66%. At the same time, additional resources and supports were made available to Rochester teens to promote healthy relationships and safe choices.